The Sugar in the Milk

It had been a month of insanity and carnage that Aaravi had witnessed and survived. Panicky swarms of people fled from Ahmadabad for safety and ran helter skelter for their lives. Only that safety had become a myth and life, an illusion. The mob ran amok, totally berserk, killing any Hindu family that it encountered. Her whole family had died, but for her younger brother who had gone missing for a while. They had been running from pillar to post, hunkering down the bunkers, spending each night at a different abject place, feeding on scraps at the mercy of a Samaritan.

Macabre scenes commonly littered the streets. Heinous crimes were rampant and palpable. By the day, women were raped, men were killed and children were taken away to be butchered. The silence of the night was torn by heart-rending cries.  Houses were invaded and were soon turned into a reeking mass of dead decaying bodies.  Holocaust formed the order of the day. Life had turned into a nightmare and was feared more than death.

Aaravi had been seeking refuge at a house of a benevolent Sindhi family in the locality of Himmatnagar. She had tried hard to search for her brother but to no avail. In vain, she hoped against hope for his life and wellbeing. She felt fatigued, drained and splintered from within. The humanity that she had always believed in since her childhood stood slaughtered and ruthlessly mauled today.  Barring some oases of peace, northern and central Gujarat, as well as the north-eastern tribal belt which was closer to Godhra City, was engulfed in diabolical depravity. It was just a matter of time when Himmatnagar would be thrown into abyss of religious hate and bloodbath. It was just a matter of time when the house she was taking shelter in would be seared beyond recognition.  And while she was floundering in the deluge of her nightmares, the worst and the inevitable happened.

One night, Aaravi rose to battering on the door and anti-Hindu slogans.  The whole atmosphere reverberated with “there is poison in the milk” as the perpetrators of riots hollered across the streets. This was used as a code word. The milk was meant to be the Muslims and the poison was the Hindus.  She grew numb.  Her worst fears were realized. As she ran down the staircase, someone caught hold of her and gagged her. She was hauled into the basement of the house and was locked there. She tried to undo the knot but in vain. For the next two hours, she heard muffled yet shrill cries from upstairs. After some time, the clamouring stopped and the pandemonium gave way to a deafening silence. She heard the door of her room unlock and in came a man. She froze. She stared open mouthed at a haggard Rafiq when he used his knife to cut the rope he had tied her with.


Rafiq or Rafiq chacha as he was fondly called by everybody had been their milkman, for the past twenty years.  Children often played pranks on him, sometimes puncturing his cycle or making fun of his long henna dyed beard. But he loved them all. Each morning, when Aaravi was still a little child, he would wait for her approaching little footsteps and the tinkle of her anklets, as she would timidly stand by the door and watch her mother take the milk. He had seen her since she was three ,when their family had moved to the city of Ahmadabad and had seen her grow into a talented young woman.

Riots had displaced Rafiq from the locality he delivered milk to, just as it had displaced Aaravi from hers. He had, of late, learnt of Aaravi’s hiding in the home of the Sindhi family, who had  all been killed now. That night he had been smoking beedi, standing near a shop when he had seen rioters marching in his direction ready to kill any Hindu they would spot.


“Rafiq chacha...” Aaravi opened her mouth to speak but her throat went dry. Rafiq hushed her and gave her a fatherly embrace. Aaravi cried hysterically.

“Where is your bhai jaan?” he inquired about Aaravi’s brother. She stood there, muted. And then she looked away. He didn’t question her more.


Rafiq had defended her from the perpetrators, lying that there was none at the basement, knowing too well that he would be killed if the truth was discovered.


“The danger is not yet over”, Rafiq said in his aging voice. “You must leave this place soon.”


“I will search for your brother and will bring him to you if I find him. I promise you that. But you must leave. I will take you to the railway station tomorrow morning and you must take a train to Mumbai. This place is not safe for you Aaravi jaan”.


Rafiq was risking his life again. The trip to the station, escorting a Hindu could have him killed. However, he wasn't scared. He knew he had to protect his daughter like Aaravi and would not rest in peace until he had assured her safety. Fear could find no abode in the face of his tenacity and courage.

The riots are always polarizing, often stemming from religious hate and machinations but sometimes, what grows stronger is the resolve of a few to salvage what has been done. They may be aged and frail ,but they are the real soldiers.

This post is a part of #Soldierforwomen in association with BlogAdda.com .

Saru Singhal said…
Moving! Good deeds always stand out even if they are far and few between in such heinous times.
16 April 2013 at 00:54

Raj said…
now that, is true skill. you have portrayed in beautifully and the whole story as such underlines how even in the midst of obscenity, there is always a certain humanity.

A grain of sand said…
@Raj: there is no part two, but thanks a lot! 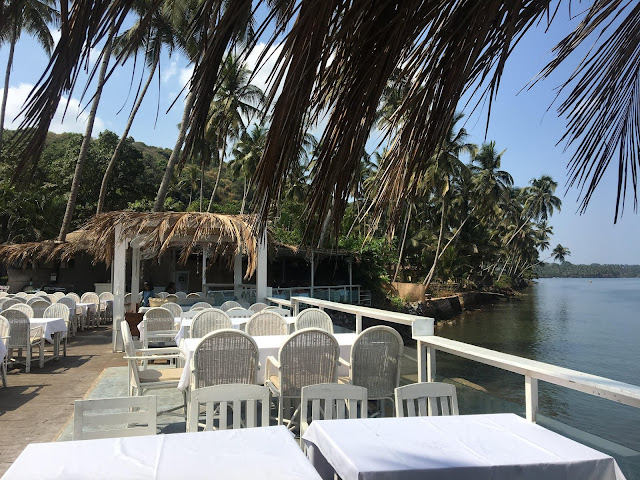