It is a well known fact that medical research and state of art technology comes as a panacea to the woes of people. It is also well known that to assimilate maximum number of people( in need of healthcare) in its bracket of patients is the sine qua non for any modern healthcare and its associated reforms.

However, the intent behind introducing innovation in medical technology is often debilitated when the same founders in the purpose it seeks to achieve.   After all, what is healthcare if it cannot cure lives? What good is an out-of-budget innovation sitting in a fancy medical store if it cannot prove to be a life saving drug for an ordinary citizen?

Modern healthcare and medical innovation fall flat if they only remain a prerogative of a select few.

Glivec (or Gleevec), manufactured by Novartis, is an important drug in the treatment of myeloid leukaemia and has transformed prospects for patients in rich countries. It is a targeted, biological therapy that blocks cancer growth in patients with a particular gene mutation. But like all targeted therapies, it is very expensive, costing more than £1,700 a month.

Imatinib was first developed in the 1990’s, however, so Novartis decided to seek a patent on a pharmaceutically acceptable form of imatinib (beta crystalline form of imatinib –imatinib mesylate), allegedly giving it a longer period of market exclusivity.  On April 1, 2013, the Supreme Court denied patent protection to Novartis’s application covering a beta crystalline form of imatinib -Glivec, saying the new drug is not significantly different from the older version, and ordered Novartis to pay costs. The new drug was termed by the apex court and the health activists as another attempt towards ‘evergreening of patents’.

For the uninitiated,  a patent is a is a set of exclusive rights granted to an inventor or their assignee for a period of 20 years , in exchange for the public disclosure of the invention. It carries a negative connotation and hence it is not a right to practice or use the invention but a right which excludes others from making, using, selling, offering for sale, or importing the patented invention for the term of the patent.

Evergreening of patents entails development of secondary patents which extend the patent life of pharmaceutical products beyond the expiry of a patent term.  This is a strategy and a common industry practice, as the generics and public health activists put, adopted by the MNCs for extending their patent monopolies and the designated life span of patent life of original compound by a few years.

The Supreme Court’s decision ended a long saga of a bone of contention between the right of patients to access affordable medicines and profits for big pharmaceutical companies through patents. The ruling has set a precedence which will affect drugs like Pfizer’s cancer drug (Sutent) and Roche’s hepatitis C treatment (Pegasus) which have already been revoked earlier. Further, Imatinib, a life saving drug ,will continue to be accessible by 27,000 cancer patients in the country from multiple suppliers (read: generics) at a price 10 times less as the current cost of the drug.  And, will continue to be a pharmacy of the developing world, providing such life saving drugs at affordable prices to impoverished nations in Asia and .

It is worthy to note that the Supreme Court’s judgment struck down the Novartis’s beta crystalline form of imatinib (imatinib mesylate) on the grounds of inventiveness and therapeutic efficacy. For the inexperient, therapeutic efficacy is the measurement of ability of a drug to produce a beneficial change in the target molecule during clinical trials and laboratory studies.

The judgment has set a renewed focus on what an innovation is, not in its absolute terms but with regard to its understanding and applicability in . The enhanced bioavailability of the beta crystalline form of imatinib is undisputedly a breakthrough by itself as it makes the drug reach its target receptor molecule with a greater speed and thus makes the drug more effective. Further, the old compound was in the public domain for quite some time and had the derivation of the new drug from the cognizance of the old compound been that obvious, the new drug, which is actually an improved and a far more effective and efficient version of imatinib would have been flooding the market long back.  And, since the new drug is another form of the  basic old compound, the therapeutic efficacy of the new form can not be different from the old drug. Hence, to totally refute the ingenuity of the new drug on the premise that it lacks an enhanced therapeutic efficacy would be grossly erroneous and fallacious.

It by all standards deserves a status of an invention.  Except that, the invention cannot be a patent, in .
The intent of the judgment was not to demean the innovation in the imatinib mesylate by not granting it a patented status in , which it otherwise enjoys in the countries of the developed world like the and European nations. Neither was the intent to discourage the intellectual property ecosystem in and to render it uncongenial for the pharmaceutical giants across the globe.

The judgment only raised the benchmark for inventiveness in a patent application and set a barometer to gauge whether the innovation therein is actually deserving of a patent protection in the Indian perspective.  It was driven by a compelling need to be circumspect about the economic strength and the purchasing power of more than half of Indian population and to combat the disproportionate burden of poverty, hunger and disease in the country. And hence, it became only imperative to provide a contour to what may fall within the Indian purview of what an innovation is by raising the threshold of inventiveness.

The judgment represents a firm footed stance to protect people’s right to health . The reason behind the stiff blanket of Indian patent regime is to provide affordable healthcare solutions for its citizens.  In fact, this was the legislative intent behind inclusion of section 3(d) of the Indian Patents Act in 2005, which reads “the mere discovery of a new form of a known substance which does not result in the enhancement of the known efficacy of that substance or the mere discovery of any new property or new use for a known substance or of the mere use of a known process, machine or apparatus unless such known process results in a new product or employs at least one new reactant”. This provision was introduced after became a signatory to World Trade Organization’s (WTO’s) agreement on Trade-related Aspects of Intellectual Property (TRIPS) which obliges the countries to grant patents on technological products, including drugs. Prior to this, did not grant any protection to product patents.  However, the Doha Declaration of 2001 emphasises that “the TRIPS Agreement can and should be interpreted and implemented in a manner WTO Member’s right to protect public health  and, in particular, to promote access to medicines for all”

However, there is a flip side to everything.  There have been headlines worldwide, foretelling various levels of doom and the death of innovation in the country.  As an offshoot to this long drawn battle spanning six years, the investment in research and medical progress by the drug companies in will suffer a backlash.  Accessibility will  come, but at the expense of high drug quality. The counterfeit drugs, though successful in their infringement, will continue to be substandard and will never be able to match the same quality as that of the original drug.

In order to bridge the gaping gap between innovation and its affordability, a dialogue needs to happens, say in the lines of differential pricing of the patented drugs and the government needs to develop a framework that allows accessibility of medicines in an affordable manner.  Modern healthcare is but an idea floating  in air unless coupled with path-breaking initiatives for its implementation. We need to sensitise ourselves to understand that it cannot operate in a stand alone manner, and for their effective enforcement, it needs instruments of  legislation and reforms.

Because, seriously, what is a much talked about ‘elixir’ if it does not reach people? And, modern healthcare is but a misnomer if it cannot cure lives.

the pharmas spent money on R&D so that they get products from which they get more money...good side is that at times it produces life saving drugs...to make that economic and available for ordinary people is a big challenge...

Alka Gurha said…
A comprehensive post. Yes there is a flip side as is with most other things but the advantages outweigh the drawbacks.
Good Luck.
21 May 2013 at 13:36

November 09, 2011
DISCLAIMER : DO NOT READ THIS. And take me seriously when I warn you. Someone told me at one point of time, ‘Always indulge in what you love the most, because when in a state of crisis it is that passion that keeps you solvent’… I have been religiously practicing this philosophy for a long time now. And this philosophy has helped me in ways incredible and in ways unfathomable. The state of crisis today is that of apathy and sloth. But now has come a time when my passion, if ever there was one, is no longer alive. It no longer rekindles the flame. It no longer gives me that push to do something.   To do something worthwhile (read: worthless for the rest of the world). Yeah , today words fail   me and I (most miserably) fail them. (It’s entirely mutual, for a change).   There is a yawning void staring at me. Not the void that would make you feel nostalgic or emotional or any of those things, but the void that will make you feel listless.   Yes, listless. It’s one crazy void.
Read more 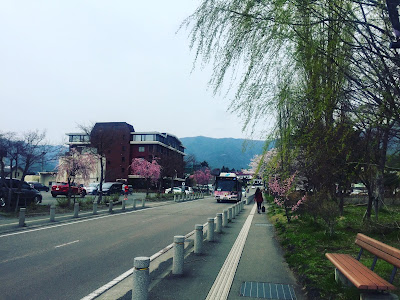