Thank you for reading and replying to my last letter. And,thank you for your birthday wishes.

It is that time of the year again and, like L.M. Montgomery, I am glad too that I live in a world where there are Octobers. It is that time of the year when trees shed their leaves and mark the advent of winter. What may appear to be a loss is in fact a beautiful vista to behold. It defines your perspective;it is self-actualizing. It commences that time of the year when you feel nostalgic and yet happy. You can see the year slowly drawing to a close, bringing in some respite, some relaxation and some realisations. And, no matter how it may have tuned out to be, you put on your introspective gear and view everything from the lens of a person who lost a battle ,but won the war.

It is okay to lose some battles even when you do not know the outcome of the war.Oftentimes, we are not aware of our intentions before we act.We focus on ensconcing ourselves in understanding the world around while continuing to be in complete delusion of ourselves. In this tireless pursuit, we hole ourselves into a dungeon of hurt and regrets. Because, when we are not completely aware of our intentions, not all our actions are honest. I realised that I have not been completely honest this year. In fact, I have not been honest for quite a while. And while this thought may have crystallised now, snippets of this realisation started dawning on me while I was in Berlin.

Berlin as a city inspires me; it has displayed a unique ability to rise above its debris, to build anew from its own remains. Centred in Europe, it is a hub of many immigrants and tourists and has attained a cosmopolitan appeal. The people there were extremely fun and friendly if not as polite but, it did not matter. We had one of the best hostel experiences in Berlin. The receptionist was quick witted and very informative and helpful and the rooms provided all the facilities as a hotel room would. We were so impressed by the hostel that we cancelled our reservation in an Airbnb apartment in one of our next destinations and booked a hostel based upon our receptionist’s recommendation.

Already late to our walking tour, we delayed further,because we were too busy gorging on our breakfast. Managing the time crunch somehow, we were able to behold in reality, the erected, renovated structures that were once ravages razed to complete oblivion. History came alive with the Reichstag, Checkpoint Charlie and the famous Berlin Wall which once formed the defining symbols of the world. The next day, we got incredibly late again and our taxi driver pulled off a ‘Jab-we-met’ scene, zooming across the roads at full speed while we sat with bated breath to reach the station where our group was all about to leave.  Panting, we boarded our train to Brandenburg to visit one of the first Nazi concentration camps in Oranienburg. The camp resounded with not just the holocaust nightmare stories questioning the intentions of the perpetrators but also the perseverance, solidarity and triumph of human spirit. I would be insincere if I do not admit that a pall of disillusionment hung over us. Subdued and brooding, we meandered for the rest of the evening before we halted to sit by the river- three friends without a word, looking at a distance,gazing at the park, benches and people and, listening to someone play guitar at a distance. Later, we sampled some German beer and ambled our way back to the hostel to catch our bus to Vienna.

We reached Vienna by late morning, hungry as usual and as ever. We dropped our luggage in our hotel there and went out to look for some food. After feasting on eclairs, shakes and pastries, we did some groceries and headed back to our hotel room. We were in the middle of our trip and despite the fun we had had by then, we were tired and needed some good sleep. My friends straight hit the bed while I stayed behind for a while in the living room. I opened the window, took out my diary and wrote for sometime while sitting perched on the window sill.I wrote unrelated things, words and phrases which when welded  into sentences, somehow struck a chord.

Vienna is about Hofburg, Stephansdom, Wachau valley along the Danube, Stephansdom, operas, Swaroskvy, and underground clubs passages. The courtyard  of the Hofburg adjoins a larger courtyard with a monument to Emperor Franz II adorning its centre. After walking around it a bit, we sat down clicking selfies and wondering what to eat next. We walked around the city abound with Roman architecture, fountains and concerts all along the way . Sauntering down the streets covered with a fine film of pollens and leaves  with a slight breeze ruffling your hair at night , singing songs with one of the best people is one of the best memories I recollect of the trip. That night, we cooked at our hotel, put on some music, ate and chatted away till sleep. Of the remaining things, we discovered that the opera was not playing around then, and the wine tour was booked throughout our stay there. We stopped by Stephansdom church to marvel at its glorious tiled roof standing there since the 12th century before hitting the underground club passage. A little of Austrian alcohol and a little of English accent did the trick which defined one of our evenings there.

After quite an interesting night we woke up the following morning to a horrific realisation. But I think I should pause here and retire for the night now. I will write again soon. And, before I forget, thank you for managing to read it this far. Oftentimes I have wondered, what it would be if we were to meet in person. Would it be the same? Would I ramble on the same and would you listen along, the same? But then the more relevant question is, will we ever meet? I often wonder. Maybe I will write about it some day, but not today. 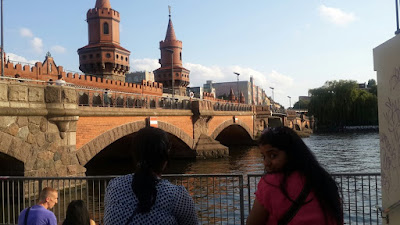 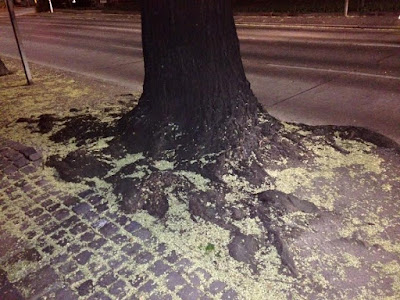 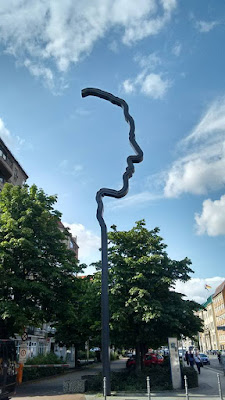 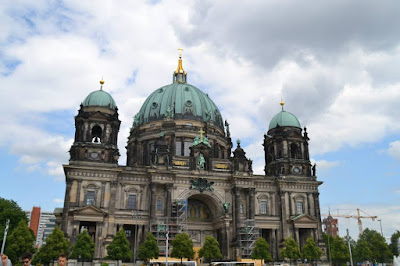 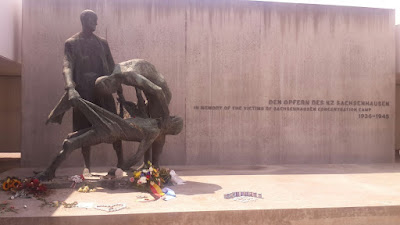 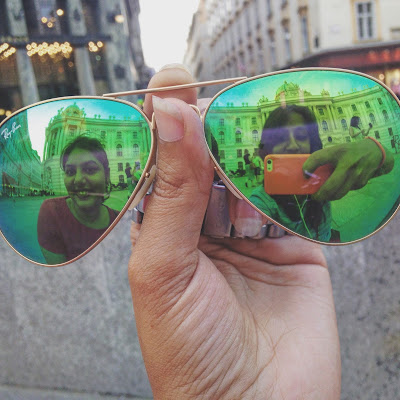 Anonymous said…
Every time I used to listen to "Letter To Me" by Brad Paisly, I used to think it was the best one could do with this particular perspective towards life!! And now you so beautifully took it out from the structure and boundaries of a song, and allowed it to flow with all the freedom your expressions could provide !!!

Rahul Bhatia said…
A lovely narrative and I could visualise what was described! Honestly, I look forward to meet you sometime to hear the stories in person, Stuti:)
24 October 2015 at 08:53

Bikram said…
Well how can you be sure that if we meet I wont stop ranting :) and maybe you wont get a chance to say anything he he he he :)

Gitika said…
I simply loved the October description. Only You could have described this part of the year so beautifully. waiting for the next part of "Travel Diaries".. abhe toh picture bake he mere dost!!
27 October 2015 at 11:32

Siri said…
I could almost imagine myself being there in the hotel room, looking out of the window. I wish the blog was longer, keep writing! :)
28 October 2015 at 04:42

Saru Singhal said…
You have discovered yourself, Stuti. I am more resolute than ever to go backpacking. Hope I too meet someone helpful who helps me to save money. Beautiful pictures, dear.
28 October 2015 at 21:22

Kunal said…
I guess, this is how I should describe this post - Whenever we feel lost, we find something more precious. Strength and Resilience. Of hope and seeking something which even we don't know at times, but the heart knows.
Cheers for your travel diaries and waiting for more. By the way, which beer was it? :)
2 November 2015 at 20:41

Anonymous said…
It never dawned on me that we act without truly knowing our own intentions. When I think of it now in retrospect do I realize I haven't been honest with myself which is the reason for the state I have brought myself into.

I think visiting new places, meeting new people is also a part of discovering yourself. Do write more about your experiences in the next part. Looking forward to it :)
10 November 2015 at 01:11