“… I close the door after they leave… " She managed to say, after resting her palpitating heart.

“What has happened?” he asked calmly

“Can you see yourself?”

“Yes”, I am young and am wearing a pinafore”, “and… I  feel heavy and am in physical discomfort…” she follows soonafter.

“Oh! Is there anyone around you?”

“Can you tell what year or what place is it?”

“Okay. Go out of the door and see where you are”

“Okay, no problem. Go back in time. I know it’s hard but please try…” he asked her.

Slowly, her facial muscles relaxed and her breathing became regular.

“There is food and wine everywhere … men and women are celebrating.”

“What are they celebrating?”

“A pact? What place is it? Can you tell the year?”

“Do you see yourself there?”

“…I am trying to... there are just too many people”

“No problem. Look around the scene; do you recognise anyone?”

“He calls me Hannah … I am 16 and have blonde braided hair. I wear good clothes … the general standing next to me … he is my father… he wants us to dance together too.”

“How do you feel about your father? How is your relationship with him?

“He appears to hold some authority amongst his men. He has been an important person in signing the pact. He has one other daughter and two sons but I think I am his favourite. I think that is because I am the prettiest. He also seems to like the guy who wants to dance with me"

"Do you know your father from now?"

“Okay. How do you feel about the guy? What’s his name?”

“How old is he? Is Lucas a general too?”

“Stay a while as you and Lucas dance together. Enjoy the dance”

Her face broke into a peaceful smile.

“Now slowly, go ahead in time. Are you and Lucas still together?”

“Are you two married now?”

Seconds passed by. Her breathing tensed and her facial muscles flexed. A sunken, pallid expression clouded her face.

“What has happened? What do you see?"

“Do you think this makes Lucas happy?”

“I don’t think so… his note says that he has to do his duty… he tells me he will miss me… but I feel sad… very sad... I am crying...I feel he should have seen me before leaving and kissed me goodbye…”

“He may not have had the time to inform you in person. Are you angry at your father because of this?”

“Slightly, yes…but my father says this is good for us… the Axis powers… he says some ideas need to be reinforced… and the war will end soon”

Several minutes passed but her expressions did not change. She was pale and quiet all along.

“I spend time at home and get regular updates of the war. My father provides me with updates …the Germans have conducted an air raid on the British … they want to maintain their superiority… major  ports and cities are bombed  everyday … Bristol, Cardiff, Glasgow, Coventry… Coventry is the worst hit … everyone around me is happy… my father is happy too.”

“Are you happy with the war and the destruction?”

“Do you get updates of Lucas?”

“…that I am pregnant …” She whispers softly.

“How long have you known this? Does anyone around you know of this?”

“… a few days now…and I can’t tell anyone yet. I wanted to tell him before anyone… but now I can’t”

“Okay, how do you feel about this situation?”

“I feel happy and sad at the same time. I feel jittery thinking about Lucas’ reaction to this news…”

“Okay. Go a few months ahead in time. Tell me what do you see?”

Her lips parted and her face wrenched in pain. Her eyes rolled as she tossed her head from one side to another.

“I am bleeding … it hurts…there are a few women around me … it hurts a lot... I wanted to keep it but I could not… I lost it… I lost everything”

“oh! Is Lucas with you right now?”

"No. Lucas is dead... He died during the air raid on the British... when I received the news of his death I felt abandoned by him… but the baby was the only thing left of us… and I wanted to keep it.”

“I am sorry for your loss. What do you feel about this?”

"I feel responsible… I should have been stronger, or done something, anything that could have prevented this… I feel that I will never be able to forgive myself…"

“But you are beating yourself for something which was not in your control, and …”

“Nothing makes sense to me right now... I feel a vortex inside pulling me in…", she cuts him in between and garbled on in her stupor. "I feel broken beyond repair… I  feel as if I am staring into a void, feeling betrayed and helpless… I see no reason to continue living… I lost a part of me forever ...nothing I do can assuage me of what I feel and salvage this situation.... I feel despair, anger, guilt, sadness, loss… all at once and in great intensity.”

“But you didn’t do anything here. This could have happened to anyone. You received the traumatic news of Lucas’ death during your pregnancy and that may have had an impact on your child. It’s not your fault.”

"I think this was the universe speaking… maybe this happened because I was incapable of rearing a child...because I could not have been a good mother to my child… because I was too callous and clumsy and too self-absorbed to have cared enough for my children…so the powers that be did not even allow me to cut the umbilical cord...”

"When it comes to one's children, maternal instincts become stronger than you would have  ever imagined. This is your grief speaking."

"but I did come across as self-absorbed to Lucas..." she trails off

"Did he ever tell you that?"

"He told me this a week back"

PS: It had been eight years that Nandini was struggling with neurotic fears, depression and her aversion to commitments. Finally, she had garnered strength to seek help from a professional. Six months into her therapy, her sessions which had first started as counselling had now translated into hypnosis and past life regression. These session were proving to be one learning experience for her experienced psychiatrist; he now knew that her misgivings about healthy , long term and committed relationships were deeply seated in her past. Alongside, not only was she healing herself of her bygone mishaps, Nandini was also re-discovering herself through the lens of her past. Souls re-incarnate in clusters and hence Nandini had recognised Lucas from this lifetime too .The immortality of the soul and how the occurrences of one lifetime impact other lifetimes continued to intrigue the doctor. 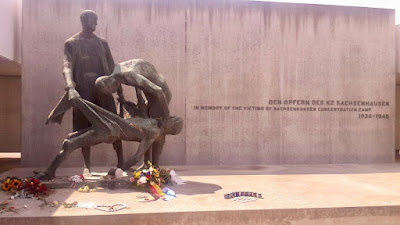 Raj said…
So intense and powerful. I was literally gasping at the end. Terrifically written.
27 December 2016 at 21:01

A grain of sand said…
Thank you so much Raj! thanks for your constant encouragement.
2 January 2017 at 14:05

May 06, 2011
I hung out with you almost every day. People around talked about us. I didn’t care. I knew you didn’t care either. Life was good.

You took me to various places, you told me about various things, you bought me stuffs (against my strictest opposition) and you added motley of colours to my life.   I liked talking to you, talking to you 24x7, day and night, in and out, talking like two desperate people,  talking like maniacs; talking as if talking was our lifeline ;talking like giving vent to all that  had been pent up inside , talking and talking and still it seemed the thirst was not satiated. People around smiled, sometimes smirked at us.  I didn’t care; I knew you didn’t care either. Life was good.

You flaunted your write ups before me branding them as your original when you had borrowed it from your best friend. Anyway, I always knew the truth.  I personally, liked your own, lucid style and straight from the heart jottings more than the much verbose verses of your friends. Yet, I kept …
Read more